Apple’s rendition of new emoji was introduced as part of the iOS 15.4 beta on Thursday.

Apple has released the first beta version of iOS 15.4, which includes some much-anticipated features, but the addition of a simple emoji has sparked debate.

For the first time, the latest iPhone software update allows users to unlock their phones with FaceID while wearing a mask, but this has been mostly overlooked in the wake of the new pregnant man emoji.

The image has been dubbed “madness” by one woman’s group, and the idea has been mocked by senior members of the Republican Party in the United States.

Concerned Women for America, which bills itself as the “nation’s largest public policy women’s organization,” sent a tweet about the emoji to Apple management.

“According to science, it is impossible for a guy to become pregnant. Stop with the emojis, “It was written.

Read Also: How to share playlists in Apple Music on iPhone and iPad

“Can we instead celebrate the differences between men and women? The grandeur of God’s plan is breathtaking!”

Fox News star Tucker Carlson ridiculed the emoji in a segment on his show.

“Guys, be on the lookout. It’s possible that it will happen to you. A pregnant man emoji is included in Apple’s latest iPhone update as a reminder.”

Those who wanted Joe Rogan to face consequences for his role in spreading COVID-19 misinformation, according to Congresswoman Lauren Boebert, are the same people who supported Apple’s decision.

Read Also: How to Delete Photo Albums on iPhone, iPad and Mac

The pregnant man emoji was initially introduced in September of last year, with Jane Solomon, Emojipedia’s senior emoji lexicographer, stating that it was created to make the emoji keyboard “more uniform and gender inclusive.”

“While use of these emojis is not limited to these groups, the new pregnancy alternatives may be utilized for representation by trans males, non-binary persons, or women with short hair,” she added.

She explained that consistency was necessary to ensure backwards compatibility of emojis and to prevent “divergent interpretations” of them by designers.

In addition to the pregnant man and pre-existing pregnant lady emojis, a new pregnant person emoji has been added.

Read Also: How to rename your Chromecast Android, iPhone and PC

Jennifer Daniel, head of the Unicode emoji subcommittee, which manages the emoji standards, stated in a message that the organization is moving away from prescriptive names and toward more descriptive names for emoji.

“These new emojis would have followed suit if the previous ‘pregnant lady’ had been renamed ‘woman with swollen belly.’ However, a precedent was established, and now you can find pregnant people at your fingertips, desexing pregnancy and enjoying the mood of eating too many tacos “she penned

While some triggered conservatives have reacted negatively, many individuals have expressed support for Apple’s new inclusive emojis.

“The claim that the addition of emoji like “person with crown,” “pregnant person,” and “pregnant man” indicates a lack of competition or ideas is ridiculous. Conservatives are enraged that no one agrees with them “they sent out a tweet

“So you want a pregnant man emoji to be banned by the government? Is it correct that I’m following you here?” Another was written.

Apple’s iOS 15.4 beta is now available for users who wish to try it out. It will be available to all iOS users at an undefined time later this year, complete with a pregnant guy emoji. 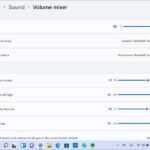