There are quite a few font formats that we can use on a PC. Two of the most popular are TTF and WOFF. The problem is that the first of them is somewhat more versatile than the second, so if you have to work with these files, you will probably want to know how to convert WOFF to TTF format in Windows 10/11.

In fact, on Windows 10 and Windows 11 PCs, if you want to use WOFF fonts, the only way out is to switch to TFF . Fortunately, it is a rather simple procedure, which you will be able to solve shortly.

But what are TTF and WOFF font formats?

For those who are unaware of the meaning of TTF, the first thing to know is that the acronym stands for “TrueType Font” . It is a standard that was developed by Apple in the 1990s and has, until now, been the most common font format used in Windows and MacOS , which is proof of its fame.

When it comes to WOFF, it stands for Web Open Font Format , and as the name suggests, it was originally designed for use on web pages, so they feature format-specific compression , with XML metadata.

With that clarification made, you will most likely have to convert from WOFF to TFF on your machines.

How to convert WOFF fonts to TTF?

When it comes to converting WOFF to TTF on Windows 11 PC or computer, there are various methods. You will learn more about it in the following lines, so you should continue reading to know a little more.

One of the most direct methods to convert WOFF fonts to TTF is through the Convertio website , which has been specially developed for such purposes, and which you can open from whatever browser you are using:

As you can see, it takes just seconds, you don’t need to install anything, and it works from any browser.

Read Also: How to install a previous version of the BIOS on a Windows computer

Although obviously the most inexperienced users should stay with the previous solution that we have given. We have the alternative of using Python to convert WOFF to TTF , whose advantage is that it does not require the Internet.

The conversion from WOFF to TTF should be done immediately, and the file should be saved in the same .

Last thoughts on it

Which is better, TTF or WOFF?

In terms of which format is best, well, that will always depend on what you want to use the font for. There are no major differences between the two, beyond the specific support for some operating systems .

But just as TTF takes advantage of that, WOFF loads faster, which has to do with its web origin. We conclude, then, that there is no clear winner in this competition.

Read Also: How to split the screen in Windows 10

How to open and install a WOFF font?

On the first of the questions, the truth is that you have been opening WOFF-type fonts every day . As we have mentioned, every time you use browsers like Chrome, Firefox or Edge, you open WOFF fonts.

Installing WOFF fonts on your computer isn’t too complicated either, since there are several Internet portals dedicated to it, such as FontSpace , from where you’ll be able to download ZIP files to install them on your PC. 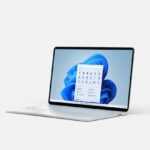 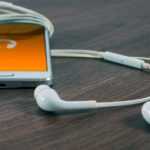