How To Play Super Mario on Android TV – Super Metroid, Contra, Pac Man, and Mario Bros. aren’t just names of SNES games; they’re pieces of reminiscence imprinted on our minds. Remember when we used to play these games on consoles that used cartridges?

Retro gaming on our Android-based TVs will allow us to revisit those nostalgic days. Yes! On Android-based TV systems, you can play SNES, NES, Gameboy, and even PS1 games. Excited? So, how about we get this party started?

How To Play Super Mario on Android TV

To get started, open your Android device’s play store and search for RetroArch. I got the software and installed it. RetroArch is a retro game emulator that makes retro games appear to be running on a classic console. Open it once it has been downloaded.

When you first launch the app, you may or may not notice some pixelated and broken menu icons. To remedy this, go to settings and select the update assets option to download any remaining dependencies; if your game controller isn’t responding, select the update joypad profiles option.

The next step is to get the ROMs for the games you want to play. If you’re unfamiliar with the term, ROMs are files that contain the actual game compressed inside.

NES and SNES ROMs are typically under 10 MB in size. We won’t go over the entire process of downloading a ROM; instead, you can look it up on the internet or use other online instructions. In general, you can obtain the ROM by extracting it from an old game’s cartridge.

Once you have the ROM, copy it to a thumb drive and insert it into your TV or Android TV box, where the ROMs will be found.

To do so, create a folder on your internal storage called “ROMS” for the sake of convenience. Return to RetroArch and paste all of your ROMs into the ROMS folder.

The next step is to obtain a Core. RetroArch’s Core is an engine that aids with the emulation of platform-specific games.

What’s the best way to get those Cores? It’s not quite as difficult as downloading a ROM.

To load the core, go to the RetroArch menu and select Load Core. Once inside, you’ll find all of the Cores you’ll need to play on different gaming platforms.

I’ll demonstrate how to play Contra on Android TV in this case, therefore I’ll download the SNES or NES Cores. Don’t worry, we’ll mention it as well.

After you’ve finished downloading the Cores, you’ll need to put your previously downloaded ROMs into it.

To do so, select the Load option and navigate to the folder where the ROMs were copied. In our case, it’s the “ROMS” folder, and then select the zip file of the game you want to play; in this case, I’m attempting to install Contra from the download folder. After that, select Load archive and you’re ready to go. 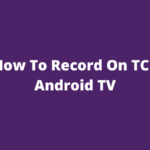 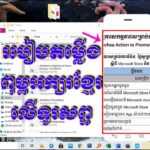