to be distributed. A second one is following closely behind. The two vaccines – one developed by Pfizer/BioNTech and the other by Moderna – are the first to be licensed for use.

In clinical trials, these vaccinations were found to be at least 94 percent effective in preventing Covid-19 infection.

But, in terms of safety, how safe is this new technology? We chatted with Michel Goldman, a professor of immunology at the Université Libre de Bruxelles in Belgium and the founder of the I3h Institute for Interdisciplinary Innovation in Healthcare.

Here are five things you should be aware of.

1. The use of mRNA vaccines is not entirely new.

Inactivated viruses are used in vaccinations like the inactivated polio vaccine and most flu vaccines to stimulate a person’s immune system to respond to the disease-causing organism.

Other vaccines, such as the hepatitis B vaccine, inject an individual protein produced by the organism to elicit a comparable response.

mRNA vaccines, on the other hand, mislead the body into producing the viral protein itself, triggering an immunological response.

Although Pfizer/COVID-19 BioNTech’s vaccines are the first mRNA vaccines to pass all clinical trial stages and be approved for usage, the technology has been around for a long time.

Since at least 2011, human studies of cancer vaccines based on the same mRNA technology have been underway. Prof. Goldman stated, “If there was a significant problem with the technology, we would have noticed it by now.”

mRNA platforms will be a crucial means of preparing for future epidemics, he believes, because the technology can be implemented quickly and clinical studies have been so effective.

2. mRNA vaccinations have no effect on your DNA.

Some people have expressed concern that mRNA vaccinations could alter people’s DNA. Prof. Goldman, however, claims that this notion is “totally untrue” and has “no scientific basis.”

‘The (vaccine) mRNA won’t get into the nucleus of the cells, where our DNA is,’ says the researcher.

When injected mRNA enters a human cell, it degrades swiftly and only lasts a few days in the body. This is why, according to him, people require two injections to achieve the greatest immune response.

‘Right now, the greatest risk (particularly for disadvantaged people) is not getting vaccinated.’

SARS-CoV-2, the new coronavirus, has a complicated structure, and different regions of the virus cause the immune system to develop different antibodies to neutralize it.

If an unvaccinated person contracts the virus, antibodies are produced, preventing the virus from infecting human cells. They may also produce antibodies that have little effect. In some situations, a person may develop antibodies that aid the virus’s entry into cells.

mRNA vaccines are far more targeted. They’re just meant to elicit an immune response in response to the virus’s spike protein, which is just one component of the viral membrane that allows it to infect human cells.

To make sure this is the case, researchers are keeping a close eye on the vaccination to make sure it doesn’t cause an undesired immune reaction.

‘This has not been demonstrated for the (Covid-19) vaccinations so far.’ ‘However, it will remain critical to guarantee that the vaccine-induced immune response is targeted on the viral spike protein,’ Prof. Goldman said.

4. In the clinical trials and approvals process, no corners were cut.

Vaccine studies are conducted in stages, beginning with animal testing and progressing to three human trials – Phase 1, Phase 2, and Phase 3.

More than 40,000 patients took part in the Pfizer/BioNTech vaccination Phase 3 experiment. It began in July and will go for another two years, collecting efficacy and safety data.

Prof. Goldman claims that safety issues that would affect a large number of vaccines usually arise within two months.

However, once a vaccine has been administered to millions of people, very uncommon side effects that could not have been predicted in clinical trials may arise, so researchers and regulators will be watching the vaccine rollout closely. This will be especially critical for Covid-19 vaccinations, which are based on cutting-edge technology.

Regulatory agencies looked at the data from the Covid-19 vaccine trials more quickly than usual, reviewing it on a rolling basis rather than waiting until the studies were finished, but they did not change their policies significantly. Prof. Goldman stated, “I don’t believe any corners were cut in terms of safety.”

Because researchers had already developed an mRNA platform — a method of delivering viral mRNA into the body – for cancer and other vaccines under development, the process was much faster than typical. It meant that as soon as the virus’s genomic sequence was released, this could be put into effect.

Companies and governments also took the risk of mass-producing vaccinations before the first stages of experimentation were done, ensuring that they would be ready to start large-scale human trials as soon as the results were available.

‘It’s a financial risk because if you’re incorrect, you’ll lose everything.’ As a result, the risk is shared by private firms and governments.’ Prof. Goldman stated.

5. The vaccine causes an inflammatory response in the body.

The vaccine works in part by triggering the immune system by producing local inflammatory reactions. This means that many people will have pain at the injection site, as well as fever and discomfort for one or two days after receiving the vaccine.

‘This is something that hasn’t gotten enough publicity,’ adds Prof. Goldman.

According to a November poll conducted in 15 nations, 54 percent of individuals are concerned about the potential negative effects of the Covid-19 vaccination.

After two patients with a history of severe allergies reacted to the injection on the first day of mass vaccination in the UK, one undesirable reaction to the Pfizer-BioNTech mRNA vaccine was discovered. People having a history of anaphylaxis to drugs or food should not have the shot, according to the UK regulatory body.

‘My primary concern is that (potential side effects) will be used as an excuse not to be vaccinated,’ Prof. Goldman added. ‘Right now, the greatest risk (particularly for disadvantaged people) is not getting vaccinated.’

Prof. Goldman served as the first executive director of the New Medicines Initiative, a partnership between the European Union and the European pharmaceutical industry aimed at accelerating the development and access to innovative medicines. 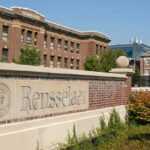