Best Detective Game – With the developing game industry, players started to access more realistic and quality games. As in every game category, there are great developments in detective games.

Players usually focus on the story in detective games. However, graphics and playability play a very important role in these games as well. Therefore, players who love detective stories are wondering which is the best detective game.

In this article, we will suggest the best detective games for you. We tried to evaluate the games in the list we have prepared for you, from their stories to their graphics. In this way, we think that you can easily find the detective game you are looking for in our list.

Without further ado, let’s move on to our list of the best detective game recommendations we have prepared for you.

When many people think of detective work, the first thing that comes to mind is Sherlock Holmes. Sherlock Holmes, which is very popular around the world, managed to impress his fans with his game released in 2021.

Developed and published by Frogwares, the game managed to find its place in our list of the best detective game recommendations.

The story of the game deals with the youth of the Sherlock Holmes character. This may seem boring to some players at first. However, there are many sections in the game where you can show your detective skills. Therefore, we can say that the game has a very successful flow in detective work.

In addition, the developers of the game were able to support this fluid story with impressive graphics. In this way, Sherlock Holmes Chapter One managed to make a name for itself shortly after its release date.

Another factor in the success of the game is, of course, the level of playability. The developers manage to put the players in detective mode with the gameplay success they have achieved.

In this way, players experience the story as if they were detectives while playing the game.

In short, the game manages to be appreciated by all players, whether they like detective games or not, with its many elements from its high-quality graphics to its fluid story.

We can say that the game is still very popular today, thanks to its impressive story. The story of the game is based on the adventures of a detective named Cole Phelps.

You and your character find yourself in mysterious stories. In this process, you need to collect clues with all your attention and analyze the events by questioning the suspects.

Considering that the most important element in detective games is the story, the graphics of the game usually do not bother the players much.

In addition, it would not be wrong to say that the playability of the game is at a high level. Combining all these elements, LA Noire manages to find its place in our list as one of the most successful detective games on the market.

The Wolf Among Us

The Wolf Among Us is a detective game released in 2013. Telltale developed and published the game. The game manages to find its place in our list of the best detective game recommendations, thanks to its story and interesting graphics.

Our main hero in the game is a werewolf. This werewolf finds himself in an adventure where he is aware that the decisions he will make will have various consequences. You also control the steps that this werewolf will take in his adventurous adventure. Up to this point, you may question where the detective is in this game.

In addition, we can say that the graphics of the game are a little different from other detective games.

Therefore, The Wolf Among Us is one of the detective games that has managed to be a good alternative for players who are bored with classic detective games with both its story and graphics.

The game is actually a compilation of a very popular series. The story of the game is based on the adventure of Phoenix, a young lawyer. Phoenix is ​​a young lawyer who is very eager to save his clients.

In this process, Phoenix approaches the events as a detective in order to be successful. For this, you need to collect information by examining your cases to the smallest detail. At this point, we can say that the game manages to impress the players who love detective games thanks to its interesting story.

In general, Phoenix Wright: Ace Attorney Trilogy manages to find its place in our list of the most successful detective games with its interesting story.

Disco Elysium – The Final Cut stands out as a detective game that meets the players in 2019. The game is developed and published by ZA/UM. The game, which met with the players recently, won many awards thanks to its story and gameplay. In this way, Disco Elysium – The Final Cut manages to find its place in our list of the best detective game recommendations we have prepared.

The recently developed game has graphics that support the story. In this way, players can play the fluent story with quality graphics.

In addition, the developers did not neglect to voice the characters in order to increase the fluency of the game. Thus, Disco Elysium – The Final Cut turns into a detective game where you find yourself in the story while playing.

Murdered: Soul Suspect is at the end of our list of the best detective game suggestions we have prepared for you. Developed by Airtight Games, the game met with players in 2014. The company that undertakes the publishing of the game is Square Enix.

The story of the game is quite fluid and interesting. As it is known, in most detective games, the detective tries to solve the events of others. In this game, our detective is trying to solve his own murder.

In other words, we are trying to illuminate our own event with our own eyes in the game.

We play a detective named Ronan O’Connor in the game. Ronan O’Connor, a successful detective, suddenly finds himself dead. Then we try to analyze the events through the eyes of our hero.

The game, which has an interesting story, also has graphics quality that supports this story. In this way, it would not be wrong to say that the actors feel like they are watching a movie.

Murdered: Soul Suspect, which is a very successful detective game with both its story and graphics, has managed to find its place in our list of the best detective game suggestions we have prepared for you. 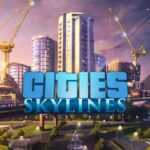