The concept of the developing world has emerged with the development of countries and even cities. People living in rural areas or in towns have continued to move their living spaces to cities in line with their needs, which has increased the population of cities where working power and economic comfort are somewhat higher.

The question of which are the most populated cities in the world has also become one of the questions that have been the subject of curiosity.

Growing cities and metropolises have always attracted people’s attention and have been the most visited places. Although economic travels are generally preferred, these giant cities, which are the address of tourism and education purposes, must be perfectly managed for the main requirements such as traffic, security and health.

Tokyo, which is at the top of the list of the most populated cities in the world , is the capital of Japan. Tokyo creates a living space for approximately 38 million people.

If you want to see how this city works, is managed, and how its traffic is planned to be flawless, you should go to Tokyo.

In the list prepared for the cities with the most populous population in the world, Istanbul, the largest metropolis of our country, ranks 13th with a population of approximately 16 million.is located. So, with what population do the other most populated cities in the world rank?

The World’s Most Populous Cities

is a megapolis city with an area of ​​13,453 km². is the largest city in the world. In addition, according to the latest researches, it is the city with the most expensive human life.
Population: 37,500,000

Due to the migration of people from all over India to Delhi, it has become a very chaotic and at the same time cosmopolitan city. The rapidly advancing development and therefore urbanization of Delhi, the second most populated city in the world, is changing the city considerably. Delhi is also one of the important political, commercial and cultural centers of India.
Population : 30,290,000

Shanghai, which is one of the important cities of the People’s Republic of China as a port city, is in the provincial system and consists of a total of nineteen regions. Shanghai, the third most populous city in the world, has become the modern face of China by hosting different cultures and still reflects its traditional face.
Population : 27,058,000

South America’s industrial and commercial center, Sao Paulo is the largest city in both the Americas and the southern hemisphere.
Population : 22,043,000

One of the most important stops of the Arab world, Cairo is located in the eastern part of the Nile river. The city, the capital of Egypt, depicts the haphazard amalgamation of east-west and old-new contrasts.
Population: 20,900,000

The 9th most populous city in the world, the city with a population of 20 million is located on the island of Salsette.
Population: 20,411,000

Located in western Japan, the city is also known as the water city because it is the location that connects many rivers and canals.
Population: 19,165,000

The city, which has become an important industrial and commercial center of its country, is located in the south of Pakistan and on the coast of the Indian Ocean.
Population: 16,093,000

Located in southwest China, the city is a provincial-level city. The city, which is almost the size of Austria, served as the Capital during the war between Japan and China in the 1940s.
Population : 15,872,000

Istanbul , one of the 81 provinces of TURKEY, has hosted many civilizations and is one of the cities that managed to hide historical remains. The metropolis, which has a separate place as a geopolitical location connecting the Asian and European continents, is among the cities that receive the most immigrants . Istanbul consists of separate regions.
Population : 15,190,000

Argentina’s most populated city is also its capital. Buenos Aires is also known as the Paris of the southern hemisphere .
Population : 15,153,000

Being the most important port of India, the city handles one third of the country’s foreign trade. Kolkata, the capital of India in the 20th century, is located on the Ganges river.
Population : 14,850,000 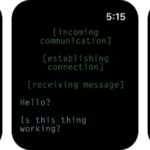