The new Apple iPhone model, as well as the latest generation of the Samsung Galaxy, are among the new smartphone releases that people are most enthusiastic about, according to a new study by Mozillion.

According to the study, the iPhone 14 will be the most anticipated smartphone in 2022. The iPhone 14 series, which is expected to be released in September 2022, just like the iPhone 13 in September 2021, has received over 1 million global searches in the previous year – more than double the next phone in the rankings (the Samsung Galaxy S22 with 518,000 searches).

With millions of Apple smartphone users worldwide, it’s no wonder that the Apple iPhone SE 3 came in third place last year, with little over 285,000 global searches. The iPhone SE 3 is a great option for individuals who don’t want to wait until the end of the year for a new iPhone, with a March 2022 release date being rumored.

The top five most anticipated launches are from Chinese manufacturers Vivo (the V23 earned 195,700 worldwide searches) and Xiaomi (the Xiaomi 12 received 165,300 searches). Surprisingly, the Oppo Find N and Google’s Pixel Fold are the only foldable phones in the top 20, with Nokia’s much-anticipated X50 taking ninth place.

THE TOP 20 MOST ANTICIPATED PHONE RELEASES FOR 2022 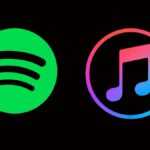 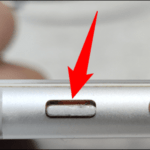