With Apple’s Move to iOS app, transferring your images, contacts, calendars, and accounts from your old Android phone or tablet to your new iPhone or iPad is simpler than ever.

The first Android app from Apple transfers all of your data between your old Android and new Apple device through a direct Wi-Fi connection. However, bear in mind that only iPhones and iPads running iOS 9 or higher may receive data transfers from Android phones and tablets. You won’t have any issues if you own a new iPhone 13, iPhone 13 Pro, or iPhone 13 Pro Max.

A lot of your data is transferred when you go from an Android app to an iOS one, but your applications, music, and passwords are not included since they are incompatible.

How To Move Data From Android To iPhone

Apple created the Move to iOS software to assist consumers who make the transfer from an Android handset to an iPhone, much like how Samsung created the Smart Switch for people switching to the Galaxy.

However, several individuals complained that it takes a lot of time and occasionally doesn’t function. If you run into this problem, just try the alternative solutions described in this tutorial. Prior to beginning:

Let’s check out how to use Move to iOS to convert from an Android to an iPhone now:

If you have a lot of data you wish to transmit, this approach can take a while for you. So, what is the quickest method for moving data from an Android device to an iPhone? The quick and simple method described here can help you move everything from an Android handset to an iPhone. Let’s see how it functions.

Using AnyTrans, move data from an Android device to an iPhone

AnyTrans can assist you if using the Move to iOS procedure is simply too time-consuming or if you are having issues with the data not correctly transferring.

It’s free and easy to use AnyTrans on a Mac or Windows computer:

As you can see, using AnyTrans instead of Move to iOS to move data from Android to an iPhone is significantly quicker and easier. But aside from merely being speedier, there are other advantages to take into account.

For instance, AnyTrans supports all Android devices, works with your iPhone 14, whether it has been set up or not, and covers the majority of data formats on Android phones. Additionally, as AnyTrans may automatically skip duplicate material, your iPhone 14’s existing data won’t be deleted. In a similar vein, any albums you have on your Android phone will continue to exist even after being moved to your iPhone. 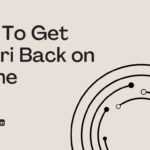