The Core 12 CPUs are accompanied by a new high-end chipset called the Z690, which is the successor to both the Z590 and Z490.

This brings a number of important new features such as DDR5 memory support, PCI Express 5.0 and other improvements you may have heard of before.

However, we thought a comparison between the last three Intel chipsets would be interesting. We have prepared a guide on Intel Z690 – Z590 – Z490 chipset differences.

In reality, we should consider the motherboard’s chipset as part of the same CPU, as it usually contains a set of communication interfaces to be placed inside the processor, but since they are not very dependent in terms of bandwidth and latency, they are often placed on a separate chip, far from the central processor, but on the same motherboard.

The chipset is nothing but a hub of these different interfaces, which are connected to the central processing unit via a high-speed interface. This is the DMI interface when it comes to Intel CPUs.

That is, the chipset accesses different peripherals through its interfaces and transmits the information to the CPU through the said interface.

Today’s CPUs often already include a small I/O hub inside, which gives you access to specific interfaces for components and peripherals without the need for the chipset on the board to take action.

The clearest example today is the RAM memory interface known as Northbridge and was previously a separate chip until Intel integrated it into their CPUs, but let’s not forget that AMD did it first. Today, other I/O interfaces such as PCI Express are integrated into the CPU.

Read Also: How to Install Android Apps on Windows 11

It should be borne in mind that the CPU will never execute its programs from the memory of the peripherals due to latency and speed, they are the ones that send their information directly to RAM or via the chipset to the CPU.

Therefore, it doesn’t matter if these interfaces are on a separate chip, except that they usually require little bandwidth, as it doesn’t affect performance when using them.

The first of the I/O interfaces provided by the chipset, and the most important in terms of components and peripherals, is PCI Express, as it not only communicates with the graphics card, RAM, and thus the CPU, but also M.2 modules, which are mainly used for NVMe SSDs. ties.

With so many devices on the market using the universal serial bus, it’s important for any chipset to support different USB generations.

Then we have the SATA ports used to connect traditional hard drives, low speed SATA drives and optical format readers and writers.

The three interfaces support SATA 3.0 or 6Gb/s, but the fact that the Z690 supports up to 8 interfaces and the Z590 and Z490 only has support for 6 seems interesting considering it’s an extinct port. 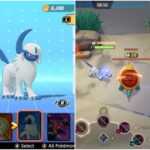 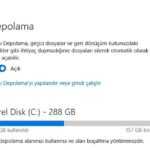