Minecraft color codes 2021 are the codes that those who want to write colored text use by writing at the beginning of the article.

Minecraft, one of the most famous sandbox games in the world, was sold to Microsoft in 2014. In fact, Xbox Game Studios, a Microsoft company, released a new Minecraft game called Minecraft Dungeons last May.

The legendary game Minecraft, which is the best selling game in the world game history, invites gamers to the limitless world of cubes! In the survival and free world categories, Minecraft can be played in single player and multiplayer.

How to Use Minecraft Color Codes?

You can use the color codes listed below to image your message in server chats and look different in other players. The actual sign of color codes is §, but on servers they are written with the & sign for the convenience of players.

In addition to the color codes, there are also codes that give the words a formal feature. The text code Minecraft constantly changes color is also part of this list.

We can also use both color and shape codes:

Note: Although Minecraft color codes are indicated by “§”, players can also use “&” for simplicity.

Mines in the Game 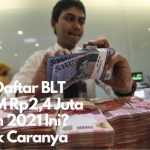 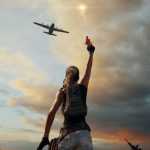