Discover service options to watch live matches from competitions such as the Champions League, Copa inggris, Copa Libertadores and NBA.

UEFA Champions League and NBA are just some of the competitions most watched by the public. That’s why it’s always good to be aware of where you can watch your favorite team’s matches. Check out a list of 10 streaming apps to follow live games.

The world of streaming has changed a lot in Brazil. Services that weren’t focused on sports put the team on the field and secured broadcast rights to competitions, while in some other cases, they simply absorbed smaller platforms.

The list is not in an order that involves quality or importance of each service, therefore it is valid for organization only. So let’s go without fighting.

Star+ made its debut in Brazil in 2021. Due to Disney’s purchase of Fox, the streaming service received content from ESPN channels, providing not only news programs, but also broadcasts of various football competitions such as: Italian championship, French championship and Copa Libertadores.

In addition to football, the service features live NBA game streams, fight events with ESPN Knock Out, and other sports broadcasts.

The service broadcast Brasileirão games in 2021. In 2022, HBO Max started showing Campeonato Paulista games. WarnerMedia, which owns the service, has the rights to broadcast the competition until 2025. In addition, the platform will broadcast the UEFA Champions League matches live.

The IPTV platform displays content from cable channels such as SporTV, ESPN, Fox Sports and Band Sports. This guarantees a very complete set of live matches, not only for football, but also for other sports.

At Globoplay you can follow the games broadcast by TV Globo for free, which is not a big news. However, with the Globoplay+Live Channels package, it is possible to have access to sports channels such as SporTV 1, 2 and 3. In this way, your options for watching live games increase considerably.

If you’re willing to spend a little more to watch exclusive pay-per-view games, you can set up a combo with Premiere and get an even more robust package.

Premiere is Grupo Globo’s streaming service focused on football. The service broadcasts the games of the state championships: Gaucho, Mineiro, Paulista and Pernambucano.

At the national level, the service will broadcast the matches of the Copa do Brasil and series A and B of the Brasileirão.

Premiere ‘s monthly subscription is R$59.90, but there are other values ​​in combos with Globoplay.

Read Also: The best Gboard emoji mashups and how to create them

Amazon Prime Video can be an option to follow football matches online. In 2022, after reaching an agreement with Globo , Prime Video will broadcast 36 Copa do Brasil games, including some games that Globo will not broadcast. The broadcasts of these games will have no extra cost to the service subscriber.

Although Twitch is not a platform focused on sports broadcasts, streamers with a large following have acquired the rights to broadcast some competitions. An example of this involves the streamer Gaules, who in 2021 broadcast NBA games.

In 2022, streamers Casimiro and Gaules got the rights to broadcast the Campeonato Carioca . In addition to the duo, Ronaldo TV, channel of former player Ronaldo Fenômeno on Twitch is also broadcasting Cariocão games in its space. So stay tuned to the platform and content creators to watch live games for free.

You may not be linking the name to the service, but TNT Sports Stadium is the new name for EI Plus, a service of the former Esporte Interativo. WarnerMedia, decided to change the name to the same one used in countries like Chile and Argentina, due to its commercial strategy for South America.

The service features live broadcasts of the Campeonato Paulista, World Cup Qualifiers and the Chilean Championship.

The UOL Esporte Clube service offers a mix of packages with content from the TNT Sports Stadium, NBA and Northeast Cup games.

There are four variations of monthly plans with content offers ranging from R$19.90 to R$44.90.

For those who want to get away from football a little, the NBA League Pass can be an option. The service offers live games from the teams of the most famous basketball league in the world.

There are four variations of plans that offer options between watching only your favorite team’s games, among other more complete packages that offer access to programs such as NBA TV and the possibility of watching classic games from the service’s collection.

Plans range from R$18.99 to R$59.99. Here’s a tip for Vivo customers who can subscribe to the most complete package for R$ 24.99 through the operator’s application.

The options are in the field, just choose yours. If you have another indication of a streaming service that involves sports, leave it in the comments. 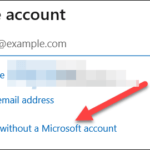 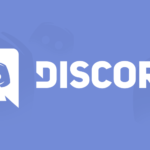